The word ‘tax’ is derived from the Latin word taxare (to censure, charge).

Fast forward a few centuries; it turns out that wars don’t only cause death and destruction, but they are also to blame for the introduction of modern tax systems – both in the US and the UK.

President Lincoln needed a way to fund the American civil war and pay the interest on the war bonds. So in August 1861, the first income tax imposed a 3 percent tax on annual incomes over $800. In the UK, William Pitt the Younger first implemented tax in England in December 1798 to pay for weapons to prepare for the Napoleonic Wars.

And speaking of the UK tax system, ever wondered why the income tax year runs from 6 April to 5 April? The tax system was based on a tax year ending on Lady Day, which ended on 25 March when the Gregorian calendar was adopted in September 1752. Because the new calendar differed from the Julian calendar by 11 days, tax authorities didn’t want to lose revenues from those 11 days. So the start of the tax year was moved to 5 April, but then later changed to April 6th in 1800.

If we know nothing else about tax, we’ve all heard the quote, “In this world nothing can be said to be certain, except death and taxes.” But Benjamin Franklin offered this wisdom in a wider context.

The complete sentence that Franklin wrote in a November 1789 letter to his friend Jean-Baptiste LeRoy, a French scientist who studied static electricity, goes as follows: “Our new Constitution is now established and has an appearance that promises permanency; but in this world nothing can be said to be certain, except death and taxes.”. Sad, but apparently true. 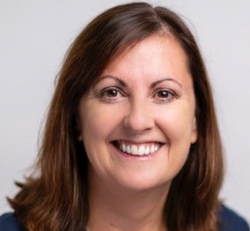