MBE was engaged by a UK mutual who required assistance with their Solvency II challenges, specifically around the asset data and fund look-through requirements. This case study describes the complexity of the issues that the client faced and the solutions that were implemented by MBE.

Our client was a mutual firm that writes unit linked saving policies, with profits and non-linked business and is a standard formula company under Solvency II. As with other firms, the importance of look-through data was identified as a result of the new Solvency II regulatory framework.

Due to the nature of the in force business and the detailed nature of the Solvency II reporting requirements, understanding the risks within the asset portfolio is critical. The initial focus was on generating the look-through QRT information and improving the reporting processes ready for Solvency II.

The intention was that the solution should ultimately become part of an end-to-end ERM framework. Previous asset stressing models had predominantly been spreadsheet based and didn’t contain the necessary look-through data. The client recognised that without automation they wouldn’t satisfy the Solvency II reporting requirements, either with regards to timing or content.

Despite the initial intention by the client to obtain all of this asset data from their external fund manager, it soon became apparent that this would not be possible. As with other MBE clients, it was soon realised that the fund manager would be unable to provide all of the look-through data, so an investigation was started by MBE into the use of external data vendors. The aim was to still use the fund manager as the primary source and supplement the offering with data from the data vendors.

The data investigation revealed that the data vendor would have to be used as the primary source, and the fund manager as the supplementary source. Further investigations proved that one data vendor licence would not be enough. Not all data points required for the asset QRTs and asset stresses were available from a single vendor. This is illustrated in Figure 2 below.

In order to overcome the challenges that the client was facing, MBE implemented an automated, end-to-end solution, using MBE’s proprietary software.

This allowed the client to integrate the required data from various sources, specifically the fund manager, the data vendors and internally sourced content. Once the data had been integrated, it was then standardised, transformed and stored. This then enabled the automation of the calculation of the standard formula asset stresses, and the integration into the client’s existing liability models. This then fed into the client’s Solvency II reporting requirements and provided risk MI across the organisation.

By implementing this solution, the client has dramatically improved transparency across the whole process. For instance, it was revealed that the client has exposure to 67 different currencies, which meant that yield curves were required of each of these economies. In addition, it became clear that the client’s funds were invested in a much wider variety of assets than previously assumed.

As a result of this implementation the client’s overall Risk Framework has now been significantly strengthened, with consistent information across the whole risk management cycle (‘a single version of the truth’).

The fully automated end-to-end solution has resulted in a significant reduction in resource requirements, production timelines and subsequent cost savings. 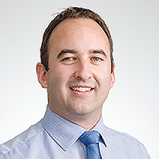 Christo Muller
To discuss this blog or any other matter with Christo Muller, please email christom@mbe-intl.com or call+44 (0)7790 749872.