An actuarial department of a large reinsurer was struggling to meet its quarterly deadlines for producing valuations. In a quick ‘tactical’ project, MBE identified and corrected inefficiencies in the processes and implemented a central data repository, as well as introducing a culture of continual monitoring and improvement. The project successfully cut the reporting cycle time and reduced the number of late adjustments.

MBE was brought in to help a major reinsurance company improve its economic valuation processes. This case study describes the issues that the reinsurer faced and the solutions that MBE created for them.

A life reinsurance actuarial team processes information from dozens of businesses in Europe and South America that take in total annual premiums in excess of $2bn and have a net worth of more than $800m.

The economic value (EV) team produces the quarterly and annual market-consistent economic value figures that are used by management and for public reporting.

Over the years, the demands on the EV team have grown and their processes got bogged down with too many manual steps. The department was struggling to meet its deadlines and was having to make late amendments to figures.

The team also wanted to be ready for the future, as the EV process produces a lot of input for Solvency II reporting and the Solvency II deadlines are even earlier than its internal deadlines.

MBE identified several problems with the EV operation and started thinking about possible solutions for some of them. A reengineering project was launched involving five elements:

With the teams already under pressure in their day-to-day tasks, external assistance was needed. MBE’s Andries Beukes was already working as an actuarial consultant in the department, and he spotted that the project would be well-suited to MBE’s strengths.

MBE won a competitive bidding process, with the client explaining:

“We needed consultants with actuarial knowledge and experience with IT implementation, and obviously people who have experience with project management. We did telephone interviews with five or six consultancies and looked at the cost. We chose MBE to work alongside another company as we were looking for support from more than one organisation.”

The first stage of the project was to understand the steps required for producing EV figures. MBE’s Vibeke Fennell (nee Edvardsen) worked to understand how information was gathered and processed within the team.

Producing a visualisation of that process was one of the most revelatory aspects of the projects, showing in exact form what everyone was doing when, and who relied on whose figures.

“Previously, we did not spend enough time preparing our process before we started. We knew the high-level steps, but we did not go into very much detail,” the client explains.

For example, if a piece of information used in several calculations comes in late, it creates a loop in the process and slows it down. By negotiating with stakeholders, the team can judge if it is acceptable to use an older figure and so keep the process within the timetable.

The process wall allowed the client to remove inefficiencies and refine the timetable by deciding which activities could be taken out of the so-called ‘critical period’, which starts once the raw data starts becoming available and ends when the EV numbers are produced.

Much of the process acceleration came from removing bottlenecks in the input stage. The models themselves and the extraction of the data from the central database were fast enough, but there were inefficiencies in the interfaces between the different systems, as data formats needed to be converted manually. Automating the data conversions represented almost half of the entire project, but massively helped speed up the overall process.

MBE also worked with the client to create cleaner routines for producing the quarterly reports, which were originally created by applying workarounds to the annual process.

A database for the outputs

A harder problem was how to deal with the outputs from the various calculations. MBE found that input and output information was being stored in central files on the server, but in some cases the data had outgrown the capacity of individual spreadsheets or databases, so was being split across files. Because the period-end actuarial calculations sometimes used old figures and were then refreshed once the up-to-date numbers became available, the use of desktop software meant tracking the updates was difficult and time-consuming. None of this was conducive to fast and accurate analysis.

MBE proposed building a new database that would store both the output and the input data and give the client the flexibility to scale-up and collect more information. However, the project was supposed to be a year-long ‘tactical’ effort, a stopgap until a major systems refresh took place and a new database was not in the original plan.

“We had a long discussion on whether to go down this route. But it was clear that this was the right approach. Other solutions would have been less satisfactory,” the client explains.

The database implementation was managed by Christo Muller.

The major outcomes of the project were a reduction in the modelling time and a reduction in late adjustments, as well as a shift in the culture of the department to one that encourages communication and continuous improvement. The quality of information provided to management was also improved.

In 2011, producing the annual results took nine weeks. By the start of 2013 it took six weeks and the client is confident of getting down to the target of five weeks as the process is bedded in. Moving some actions ahead of the critical period, automating the data exchange and implementing the database all contributed to this.

Overall, the client is meeting its deadlines, working less overtime in the critical period and spending more time on analysis of results.

The EV analysis reports now include more detail and explanations and the occurrence of late adjustments has fallen from six in 2012 to two in 2013.

The EV team reports that it has more awareness about what it does and is mindful of not creating delays.

There is a focus on the flow of the process and if something is not working, they have a backup plan so things do not stop. A framework to track progress against the timetable has been established and after each valuation, a post-mortem meeting is held so the team can discuss what is not working well. Addressing these ’softer’ areas, communication and awareness, was an important part of the project.

Having discussions about process and interfaces made the department think hard about standardisation. Instead of being a like workshop, the department is now run like a factory. For example, the modelling team is now able to run 35 different models, compared to seven it was running previously, as the automation has helped increase throughput.

Within the next couple of years, the EV and modelling teams will undertake a major project to change the tools they use for financial reporting. As the head of the life & health actuarial team says, “We hope we don’t lose anything. The basic discipline and philosophy that MBE helped introduce one we want to keep.”

“MBE brought technical knowledge of MoSes and modelling, and a big emphasis on process,” explains the head of the life actuarial team. “I think other actuarial firms maybe haven’t cottoned on to the importance of efficient process. If you can’t change your people, your tasks or your tools, you can still do an awful lot by looking at each step in your process.”

“We also needed MBE to work with several small teams, they were very flexible in how they worked. Other consultancies may have struggled with that.”

“Overall it was a positive experience and we are already working with MBE on another project.” 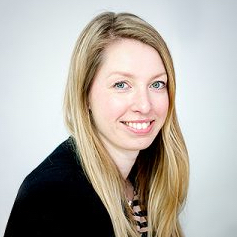 Vibeke Fennell
To discuss this blog or any other matter with Vibeke Fennell, please email vibekef@mbe-intl.com or call +44 (0)7855 260476.